When did Rio Ferdinand and David Luiz become best buds?

The Manchester United great and ex-Chelsea defender make a strange pairing. There seems to be little in common between them except for the obvious football connection and an interest in lairy fashion.

But Luiz uploaded a selfie of the two enjoying each other’s company to his official Instagram account, captioning the picture: “Thanks for the visit today bro, come back soon! #legend #bigexample.” 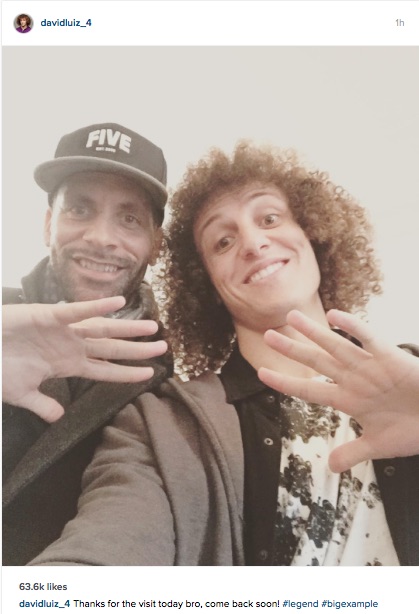 The Brazilian citing Ferdinand as a “big example” is even more curious considering that he defends like a headless chicken and the former England captain was always as mercurial as a Rolls-Royce!

Luiz divided opinion during his three years at Chelsea. His maverick playing style led Ferdinand’s old United mate Gary Neville to liken one of his performances to that of a 10-year-old on a PlayStation.

The 28-year-old, now at Paris Saint-Germain, would be wise to watch some more Ferdinand footage to make sure he is idolising the right bloke! He plays more like ex-England striker Les Ferdinand!