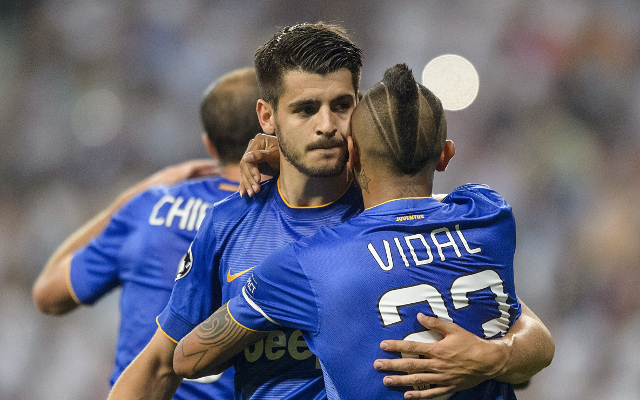 According to Italian journalist Tancredi Palmeri, Liverpool have made an offer of £45.8 million to sign Juventus forward Alvaro Morata.

The hitman is enduring a troubled campaign in Serie A this season, having scored only one goal in 18 games, but his toils haven’t dissuaded a series of heavyweight sides from seeking his signature.

As well as Liverpool, both Real Madrid and Arsenal are keen on the forward, with all three sides understood to be considering plans to liberate the attacker from his struggles in Turin.

Despite shining last season, Morata has largely failed to assert himself this campaign, finding himself behind Mario Mandzukic and Paulo Dybala in the pecking order at the Juventus Stadium.

While Liverpool’s bid is understood to have been rejected by Juve, the Metro note that the Reds are plotting to return with a new offer for the Spanish hitman.

With the attacker keen for playing time ahead of the European Championships, there’s every chance that a move might take place, although expect Arsenal and an increasingly desperate Real to have their say.