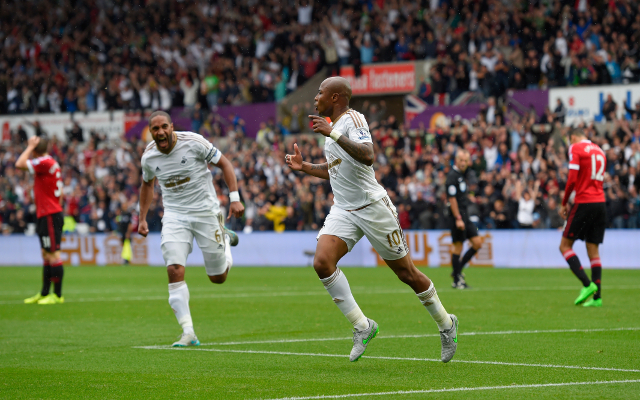 Sunderland have made an ambitious offer to Swansea City to sign Ghana superstar Andre Ayew.

According to reports, the Black Cats are so desperate to nab the former Olympique de Marseille attacker, that Sam Allardyce has sanctioned a whopping £6 million-plus-player deal for the forward.

According to the Daily Mail, the north-east giants are willing to throw in ex-Liverpool striker Fabio Borini in order to sweeten the deal, with the Swans having rejected the Stadium of Light outfit’s initial bid.

It is understood that Italian striker Borini is appealing to his compatriot and new Swansea coach Francesco Guidolin, while ex-Wigan Athletic midfielder Jordi Gomez is another player who has been mooted as a possible ‘makeweight’ in any deal.

‘Dede’ Ayew arrived in the Premier League from OM during the summer, and wasted little time in making his mark—winning the Player of the Month award early in the campaign.

A staunch Liverpool fan, Ayew was linked with a move to Anfield during the summer, and it remains to be seen whether his switch to Swansea is merely a short-term measure before moving onto bigger and better things.