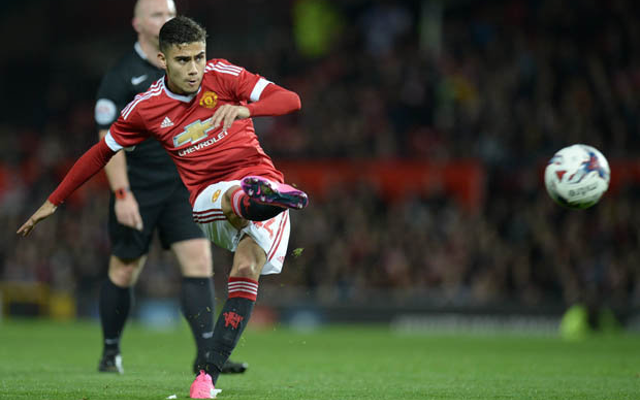 Manchester United youngster Andreas Pereira has dropped a hint that he could be on his way out of the club soon in order to get more first team football under his belt, the Metro reports.

Perreira has recently broke into the Brazilian under-20 side having switched his allegiance from Belgium, and is now targeting a step up into the senior team.

Manager Louis van Gaal has used him intermittently since taking over, and has just seven appearances across all competitions under his belt.

And he now knows that in order to further his career he must get more action in order to progress.

“I’m a United player, [but] I’ve seen in the press that there are various other clubs interested,” he told Brazilian publication GloboEsporte.

“I don’t know if United want to loan me out but I’m working hard to get more opportunities. It’s their decision.

“I’m focused on doing my job at United, [but] of course I want to be more visible to those in Brazil. So I need to play more and get more chances.

“Playing in the Olympics is a big dream of mine.”