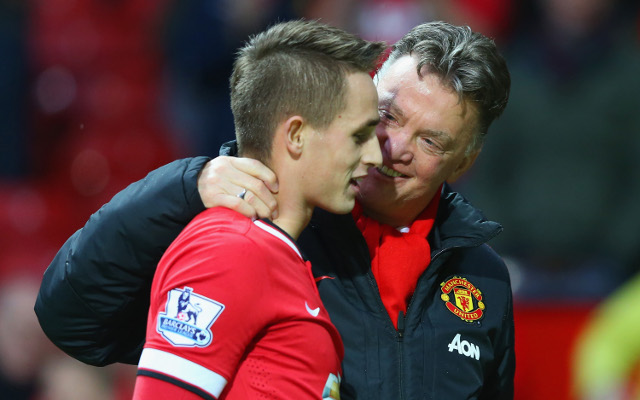 Adnan Januzaj looks set to make his return to the Manchester United first-team fold this weekend against Southampton.

According to the Mirror, the Belgian international is set to be recalled to the matchday squad by Louis van Gaal this weekend, with the Dutch coach having Januzaj available again following the premature end to his loan stay against Borussia Dortmund.

The wonderkid forward impressed for the Red Devils at the beginning of the season in a Premier League victory over Aston Villa, but he was sent packing on loan to Dortmund at the end of August, with van Gaal admitting to reporters [as per the club’s official website in September] that despite giving Januzaj the chance to shine as a No. 9 or a No. 10, he felt the forward could earn more playing time elsewhere.

The move didn’t work out for the youngster, who returned to Old Trafford having managed just 160 minutes of Bundesliga action over six outings—all of which came from the bench.

Januzaj contributed one assist and failed to score in his showings in the Bundesliga, while five Europa League performances yielded no decisive contributions.

United have struggled without him, and while the youngster did little during van Gaal’s first season at the helm to suggest he could have been influential—managing no decisive contributions in 18 league showings during the 2014-15 season—he demonstrated his class under David Moyes during the 2013-14 season, with four goals and three assists.

Big-money summer additions Memphis Depay and Anthony Martial have failed to ignite, and the returning Januzaj may just have the incentive and the quality to be a catalyst for a strong second half to the campaign for United.