Jurgen Klopp might be about to have an extra player to pick from.

Reports this morning have claimed that Liverpool have made a €32m (£24.6m) bid for Shakhtar Donetsk forward Alex Teixeira and had officials discussing a transfer in California.

The Brazilian, who has scored a hugely impressive 22 goals in 15 Ukrainian league games this season, is capable of playing as a centre forward and also as an attacking midfielder.

So where could Klopp fit Teixeira in his team? CaughtOffside suggests three ways that Liverpool could line up should they strike a deal for the apparent Chelsea target. 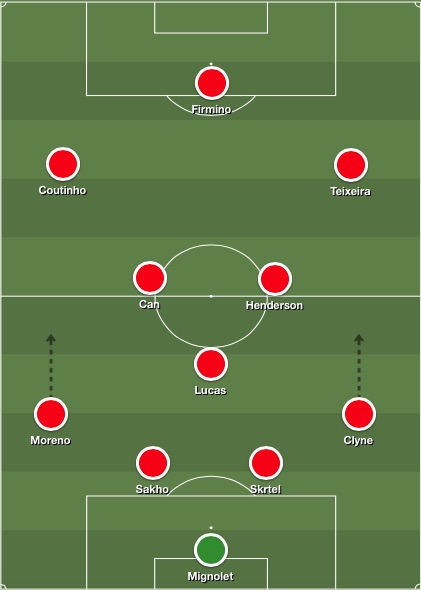 1) This is probably the formation that has brought Klopp the most success since his arrival at Anfield – with a fluid front three inspiring emphatic victories away at Manchester City and Chelsea.

Teixeira could seamlessly slot into this system in place of Adam Lallana or Jordon Ibe. The 26-year-old is most comfortable through the middle, but has the pace and skill to be a threat from the wing.

Lucas Leiva would be used in a holding midfield role to allow the forward players more freedom, while Emre Can and Jordan Henderson would have license to join in fast and incisive attacks. 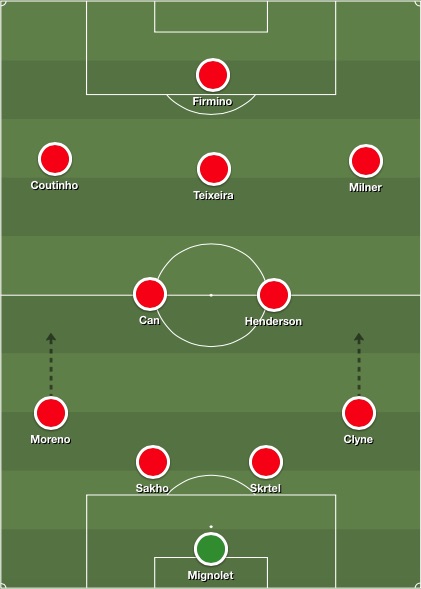 2) In his most favoured AMC role, Teixera could beautifully dovetail with Roberto Firmino – a similar player in many ways. The two South Americans could interchange positions to confuse defences.

Philippe Coutinho would again be shifted to the left. Some may see this as a waste of his talents, but Teixeira has a much greater pedigree for scoring goals and would thus deserve his central position.

James Milner’s presence provides the midfield with extra industry to ensure that they are not outworked Ibe or Lallana could be used here from the bench if Liverpool are chasing the game. 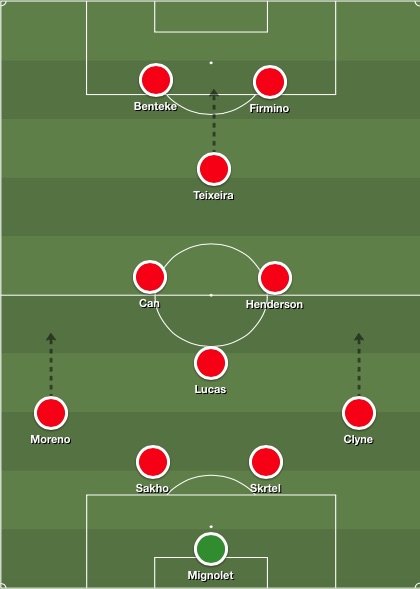 3) Christian Benteke has been out of favour recently, but there may come a time when Klopp turns to the Belgian powerhouse because Daniel Sturridge, Divock Origi and Danny Ings are all sidelined.

Coutinho has also had his injury problems this season, so is omitted in favour of Teixeira from this 4-4-2 diamond, which gives Liverpool the option of probing through the middle or bombarding the box.

The Reds have two of the best attacking full-backs in the league and they would thrive in the room down the flanks, and Benteke would be relieved to finally have some service suitable to his style.