Manchester United’s on field performance during the 2014-15 season was far from spectacular.

The Red Devils were trophyless again as they finished 17 points behind champions Chelsea in the Premier League table.

However, United smashed it off the pitch, bringing in more money than any of their domestic rivals.

Real Madrid and Barcelona were the only teams in the whole of Europe to make more than the Old Trafford outfit, who brought in £395.2m.

City were England’s second richest club based on revenue, but they were only sixth on Europe’s overall paytable, behind PSG and Barcelona.

Arsenal came in at seventh, with Chelsea, Liverpool and Tottenham Hotspur eighth, ninth and 12th respectively.

Newcastle United, Everton and West Ham United were also in the top 20. 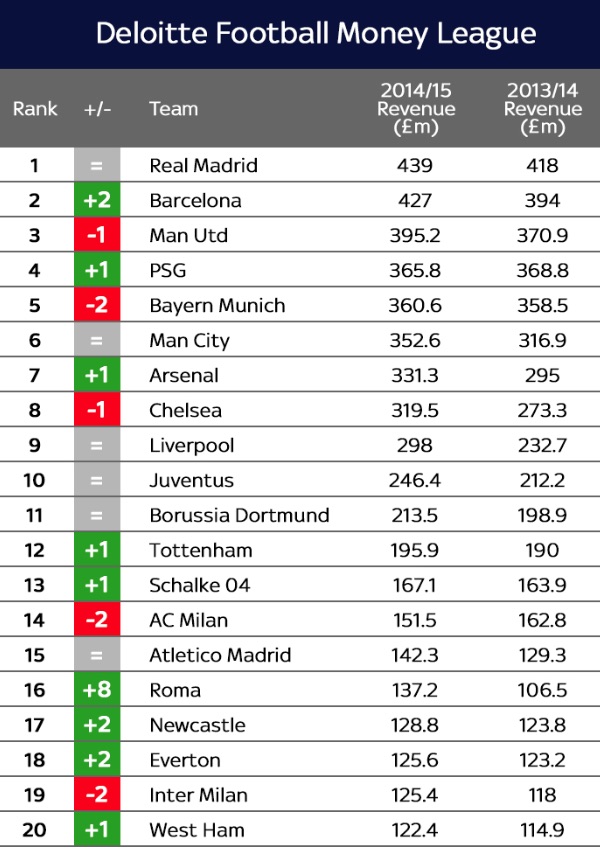