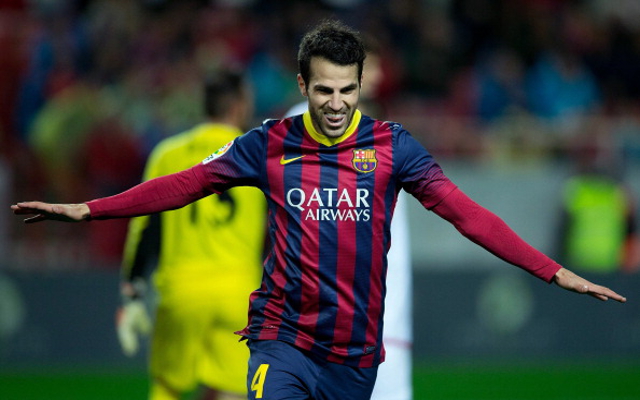 Cesc Fabregas has lit up the Premier League with both Arsenal and Chelsea, but his heart will always belong to Barcelona.

The Spaniard first joined Barca as a 10-year-old schoolboy, but left for Arsenal in 2003 to pursue his first-team ambitions.

He was idolised at the Emirates Stadium, and captain. But that was no obstacle when Barca came back for him eight years later.

The midfielder got to live out his Camp Nou dream for three years before returning to London. This time, he may regret leaving home.

Fabregas is enduring a torrid second season at Chelsea and could not help but reminisce about happier times at his beloved Barca.

The 28-year-old (bottom left) uploaded this picture of youth team celebrations on his official Instagram account with the caption “memories”.

You may recognise Gerard Pique (top) and a certain Lionel Messi (bottom right) – both still playing for the La Liga champions – alongside him! 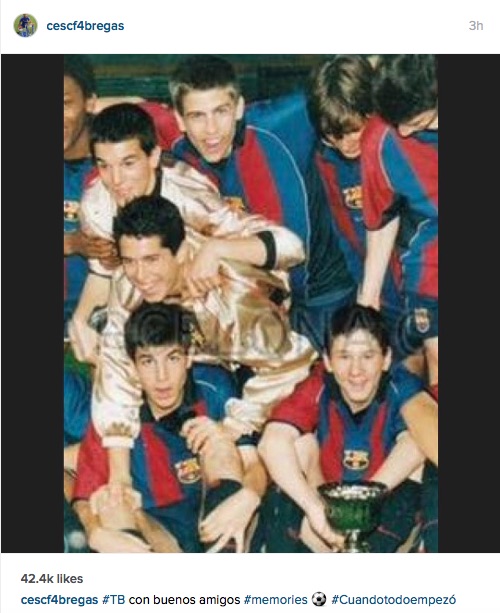 Fabregas showed his Barca class in his debut campaign at Stamford Bridge, contributing 18 assists to help them to the Premier League title.

But his form dramatically dropped this year, so much so that he was blamed by sections of his own fans for the sacking of Jose Mourinho.

The World Cup winner and international colleague Diego Costa were branded ‘Mourinho’s rats’ for apparently giving up on the Portuguese.

He is starting to turn the corner under interim boss Guus Hiddink, but this reminder of fonder times proves there is no place like home for Fabregas.