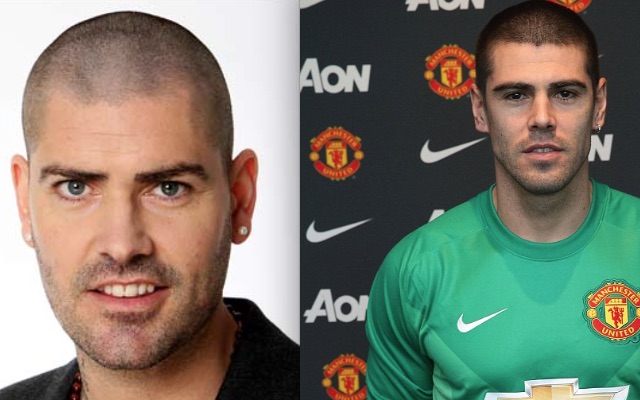 A handful of players are said to be frustrated with the Dutchman’s methods too.

But surely nobody dislikes LVG more than Victor Valdes!

The former Barcelona goalkeeper, who was part of the Spain squad who won the World Cup in 2010, has been treated very poorly by Van Gaal.

LVG signed Valdes and then refused to play him! The Shane Lynch doppelganger featured just twice last season after arriving in January.

And he has not made one single appearance this term. Even when David de Gea was left out of the side, Valdes didn’t get a stiff, with Sergio Romero brought in to start ahead of him.

Poor old Valdes has been forced to train with the reserves.

He has managed to maintain his fitness and was keen to capitalise on interest from Newcastle, only for Van Gaal to veto the move because he doesn’t want the stopper going to a Premier League team.

But Valdes has finally found an escape route as United have agreed to loan him out to Standard Liege.

Despite being f*cked over during his 12 months at Old Trafford, Valdes acted with class and dignity as he said farewell to the club via Twitter on Thursday.