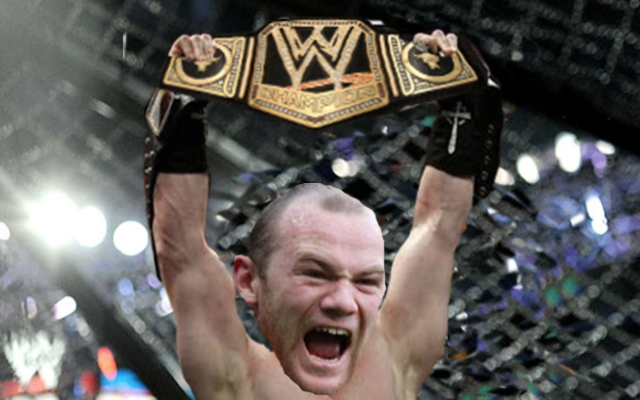 Paddy Power price Rooney at 225/1 to win the Royal Rumble on Sunday – the prize for the winner this year being the WWE World Heavyweight Championship, rather than the main event at WrestleMania.

The 30-year-old popped up in the sport entertainment phenomenon in November when he slapped Preston-born wrestler Wade Barrett, and the bookies aren’t ruling out another appearance!

So bad are United under Louis van Gaal that Paddy Power would pay out £73 less off a £1 bet for Rooney winning the 30-man battle royal than they would for him firing United to two trophies.

The Red Devils, seven points off top spot, are priced at 22/1 to win the title, and 12/1 to win the Europa League – their consolation prize after disastrously dropping out of the Champions League.

Using Paddy Power’s bet calculator, you can figure out that a double would offer you odds of 299/1. Where is your money going? They do say that anything can happen in WWE after all…