Leaked kits for following seasons seem to be appearing earlier and earlier with every passing year.

Barcelona are one of the prime targets for leaked kit wear, and this year is no different as Catalan-based publication Sport have released what they believe to be the club’s three new strips ahead of next season.

The home shirt will return to the famous vertical bars as opposed to this season’s hoops, and will bear a Club World Cup badge to commemorate their victory over River Plate in December.

However, though Qatar Airways appears on these shirts, there are some doubts as to whether they will be added to the actual shirts as the company and the club have a number of problems to resolve.

The away kit is a pleasing shade of turquoise and harks back to the iconic shirt the club wore between 1992-95.

While the third kit follows in the bizarre trend of odd colours, and is displayed as a dark purple. 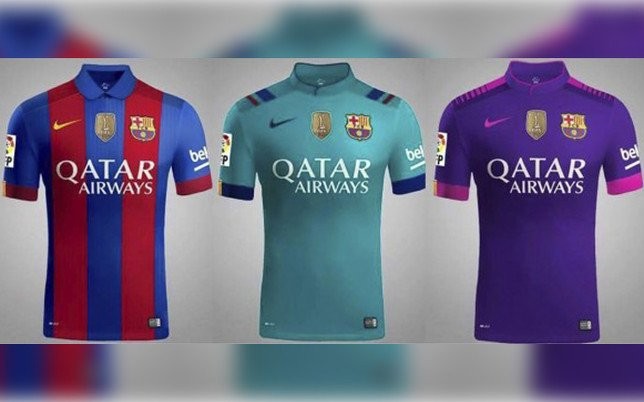