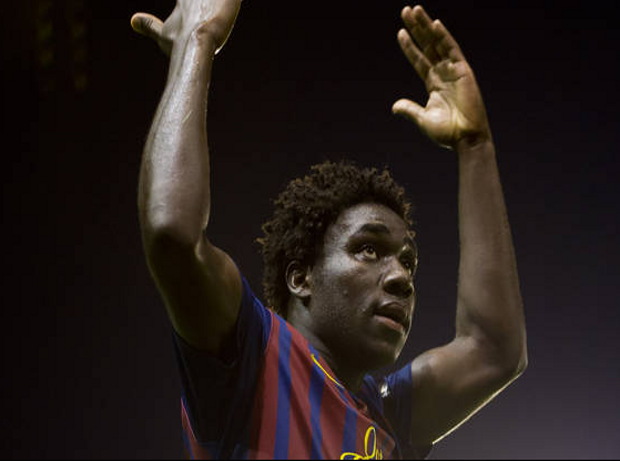 According to Mundo Deportivo, the Cameroonian wonderkid has completed his exit from the Nou Camp and signed for the second-tier side until June 2017, having already completed his medical.

The forward first entered La Masia eight years ago, but leaves having never truly made the mark on the first team that one might have expected from such a precociously talented youngster.

The report states that Dongou finally decided to up sticks when informed by Gerard Lopez Segu—former midfielder and head coach of Barcelona B—that youngsters such as Robert Goncalves, Salva Chamorro, Alberto Perea and Dani Romero were now ahead of him in the pecking order.

As noted by Mundo Deportivo, Dongou leaves Barcelona as one of the highest goalscorers in the history of the club’s youth team, having first arrived in Catalonia from Cameroon and the Samuel Eto’o Foundation.

He featured only a handful for the Barca senior side—including against Celtic in the Champions League—and currently has one cap for Cameroon.

Now 20, and with a fresh start ahead of him, Dongou must begin to prove that he can recreate his magnificent La Masia goalscoring exploits in the Segunda Division.