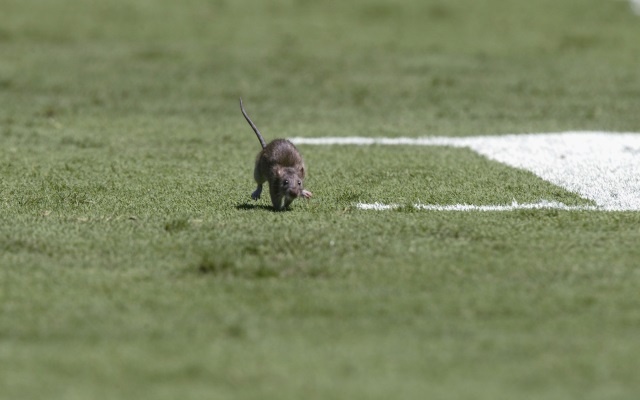 Fans at Old Trafford were delighted on Saturday as a tiny mouse invaded the pitch during Manchester United‘s match against Southampton.

The bout—as with so many at Old Trafford this season—has been a complete snore-fest, with the Red Devils struggling to create anything, looking lethargic in offensive areas and lacking the intensity and the conviction of United teams of the past.

As such, Red Devils fans are growing restless, with supporters beginning to hurl abuse at van Gaal and leave the stadium during the match.

One moment of amusement came midway through the second when a mouse invaded the pitch.

Some United fans, demonstrating that infamous manunian humour, began to chant ‘Woodward, sign him up, Woodward, Woodward sign him up!” during the match, begging the club’s executive vice-chairman to back the invading rodent as the club’s new manager.

At this rate, it’s hard to imagine the mouse could do any worse than van Gaal, whose United have offered nothing and fell behind following a late Charlie Austin header.