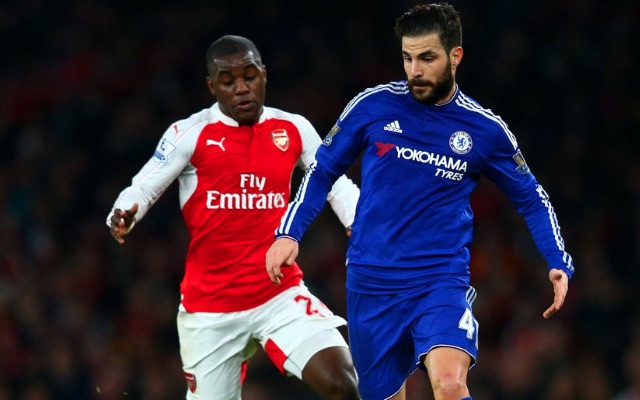 Chelsea maintained their unbeaten record under Guus Hiddink with a 1-0 win over Arsenal at the Emirates Stadium this afternoon.

Diego Costa scored five minutes after Per Mertesacker’s first-half sending off to earn the Blues a valuable victory over their London rivals.

Here, CaughtOffside rates how Chelsea performed as they dealt Arsene Wenger’s side a blow in their pursuit of the Premier League title…

Got away with dropping a couple of crosses in his own box as his defenders scrambled clear. Chelsea v Arsenal – Chelsea win. Courtois v Cech – Cech wins.

Produced an excellent cross to the near post to provide Costa’s goal.

Probably Chelsea’s best collective defensive performance of the season and the skipper must take some credit for that.

After Giroud’s substitution, the Frenchman was able to use his power to brush off Arsenal attackers.

Bellerin got some joy down the Arsenal right but Azpilicueta won as many battles as he lost.

His rejuvenation continues under Guus Hiddink. Did not completely restrict Mesut Ozil’s influence but did a good job of denying him space in the pockets. 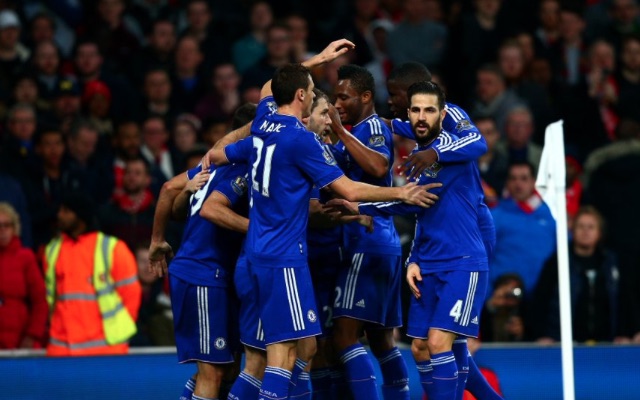 Marked his 100th appearance for Chelsea with an important victory, but the Matic of last season would not have allowed 10-man Arsenal as much of the ball.

Linked up well with Fabregas in midfield, and showed great discipline to help out his full-back because Arsenal had Chelsea pushed back for long periods.

Had more touches, passes and tackles than anybody else on the pitch. Showed his true class against the club which saw that form for many years.

Had a few bright moments early on but was generally quiet.

Pushed hard for man of the match by Fabregas, but he was involved in the two crucial incidents – Mertesacker’s red and the only goal of the game.

Did not look fit or interested when he came on for Costa, passing up a couple of great chances to seal the win. Chelsea better hope Costa is not seriously injured.

A sign of his low confidence is that he could have gone for a first goal of the season on two late attacks, but instead passed on the responsibility to his teammates.

SEE ALSO:
Influential Arsenal superstar insists that his future is with Gunners
Chelsea ready to sell £18m midfielder to fund late January business
Video: Riyad Mahrez with the assist of the season – chin up Mesut Ozil!