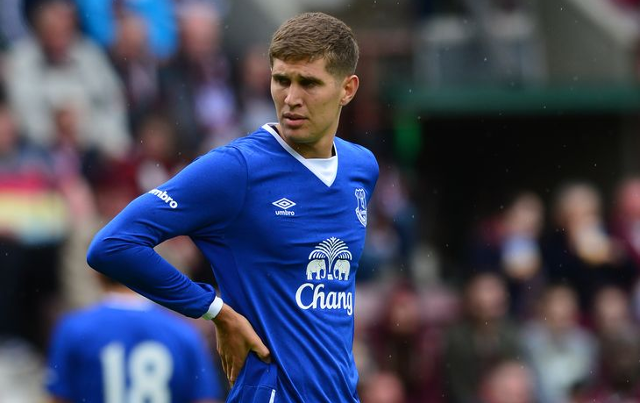 Everton have been extremely poor defensively this season, and it’s their instability at the back which has been costing them points. With the in-form Romelu Lukaku up front they haven’t struggled for goals, but when you concede several goals a game you just can’t expect to win.

It was their defence that let them down once again, with a Swansea side struggling for goals able to put two past them at Goodison Park. The Toffees were arguably the better side for large parts of the game, but silly mistakes cost them the three points.

Swansea took the lead with 17 minutes on the clock, John Stones and Tim Howard combining to gift the Swans a goal. The highly rated young defender has looked a little over-confident recently, and his inexperience showed through his desire to play out from the back no matter what. His poor back pass was far too short for Howard, and Andre Ayew was onto it like a flash. He nicked the ball away from the USA international, who brought him down for a sure-fire penalty. Gylfi Sigurdsson converted from the spot, and Stones was left with his head in his hands. 0-1.

Everton saw parity restored through Gareth Barry, who scored his first goal in roughly two years. The former Manchester City man flicked on from a Gerard Deulofeu corner, and a slight deflection from Jack Cork sent it spinning past Lukasz Fabianski. 1-1.

Things weren’t level for long though, and John Stones was again involved as Swansea took the lead for the second time. The home side failed to track the run of Ayew, who picked up a pass and rifled a shot goalwards. It deflected awkwardly off Stones, looping over the head of Howard and into the back of the net. 1-2.

It was all Everton in the second half for the most part, with Deulofeu causing Swansea some real problems. His crosses deserved far better from those in the box, but the Spaniard’s great service repeatedly went unmet.

Swansea were really under the cosh towards the end of the game, but stood fast and held off the Everton onslaught. There was a moment right at the death which really should have leveled things up, but second half substitute Seamus Coleman somehow missing from close range. The ball fell to him at the far post after a scrappy corner, with the Ireland international somehow skying it over the bar from practically under the crossbar.