Arsenal were the favourites to win this season’s Premier League before Sunday’s 1-0 home defeat to Chelsea, which left Manchester City as the bookies’ top tip, despite Leicester City leading the way with 15 rounds of fixtures left to play.

Gunners fans are getting jittery, worried that their team might be about to blow this golden chance to win their first title since 2004.

But the Foxes should not be written off. Their superb form is no flash in the pan, as the alternative Premier League table below illustrates.

This shows what the table would look like if the last 38 games counted – the last 15 rounds of last season and the first 23 of this term.

As you can see, Leicester would be right in the mix, proving they can challenge the big boys throughout the entirety of a full campaign.

And, Arsenal fans, LOOK! You can do it! But will you? 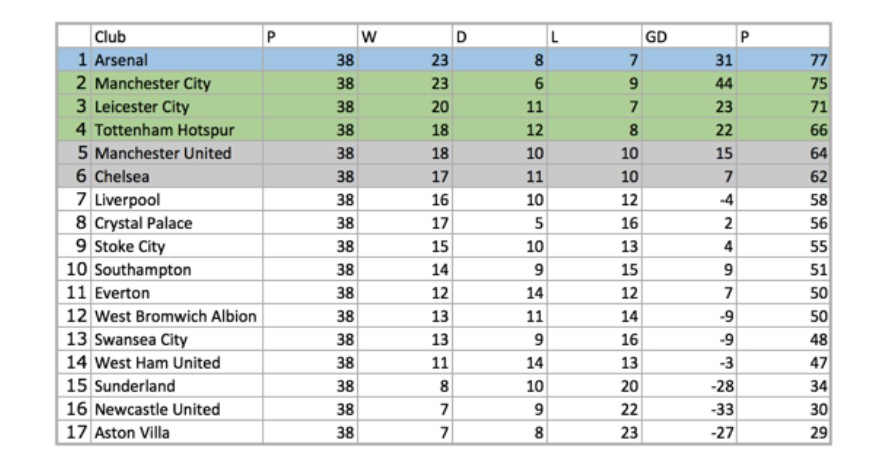