The website Football Leaks has revealed the details of Radamel Falcao‘s loan deal to Chelsea, and the fee the Blues must pay to sign the striker permanently.

According to the source [as per Goal], a caveat in Falcao’s contract will require the Pensioners to pay an eye-watering £38 million to sign the Colombian hitman.

Falcao spent last season on loan at Manchester United, but after a mixed season, the Red Devils opted not to make the forward’s temporary stay permanent.

He was then a surprising acquisition for Chelsea during the summer, with Jose Mourinho perhaps believing that he could inspire the attacker to rediscover some of his former glory. 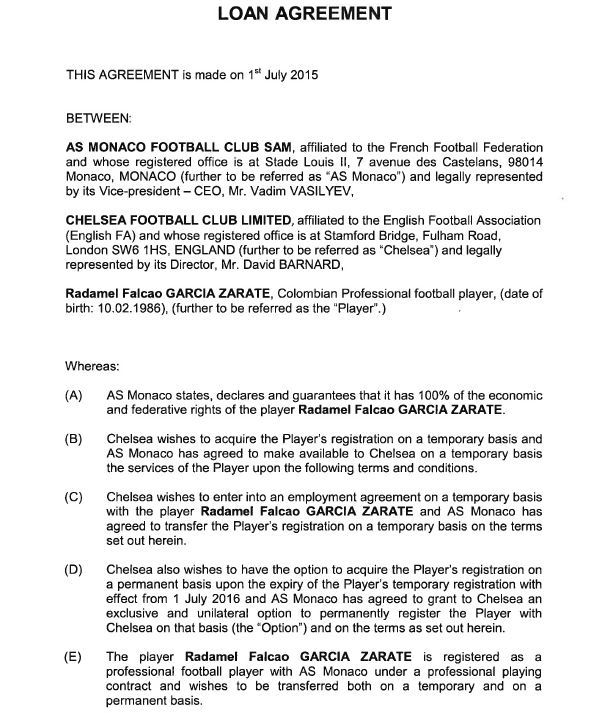 That hasn’t exactly happened, with the 29-year-old looking a shadow of his old self once again. The South American has scored just once in nine appearances for the struggling west Londoners this term, and it’s almost impossible to imagine the Stamford Bridge outfit splashing out the near-£40m to take the hitman to Stamford Bridge permanently.