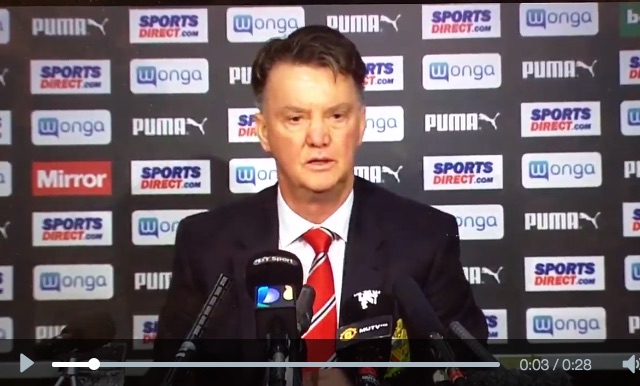 Louis van Gaal is understood to be on the verge of resigning from his position at Manchester United.

According to The Sun, the Dutch coach is on brink of calling time on his troubled stay at Old Trafford, in light of fan frustration.

Things got very uncomfortable for the former Barcelona and Bayern Munich manager on Saturday, as the Red Devils were defeated 1-0 at home by Southampton in Premier League action. Charlie Austin hit a late winner for the Saints, and United appeared toothless, lethargic and uninspired in attack, all increasingly familiar characteristics of van Gaal’s troubled regime.

According to the tabloid, the manager has admitted that he has let the fans down, and is prepared to walk after being booed off at the conclusion of Saturday’s defeat.

Speaking to BBC Five Live [quotes as per the Daily Star], former chief executive and current board member David Gill has heaped pressure on the manager by admitting that he’s under-performing in light of the money spent since he replaced Ryan Giggs at the end of the 2013-14 season.

“Clearly we all hope the results would be better and we are all disappointed with that,” Gill admitted.

“Undoubtedly it has been a season of underachievement given the investment that was made in the summer. But I know everyone is working hard to turn that round.

“No-one likes [the booing]. As directors we’re fans, no-one likes to see that. We don’t want booing we want cheering.”