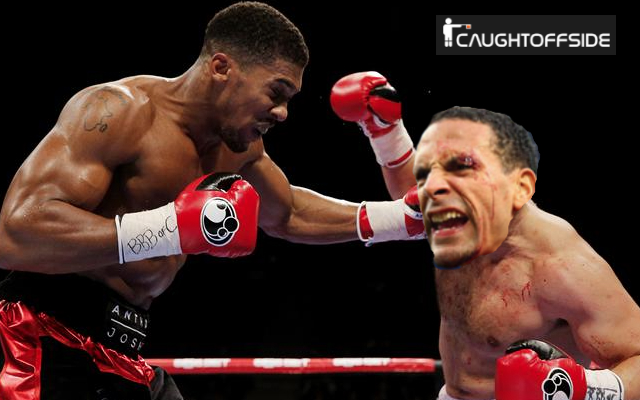 The once-great centre-back’s ongoing search for a way back into the limelight hit a new low on Monday as he called out boxing heavyweights David Haye and Anthony Joshua in a video which was so cringe for so many reasons.

It was clearly just banter gone wrong. But how much has Rio paid his silent sidekick to take part in this? And why couldn’t they spa in a ring, rather than the woods? So many questions…

Come on then chaps.. If You two can't sort it out.. Let's avv it!! @anthony_joshua @mrdavidhaye

SEE ALSO:
Nine photos of dogs in football kit to make your Monday less rubbish
Why Arsenal fans should never leave the internet!
Six Premier League managers who would be decent craic down the boozer… And the 14 we’d send to voicemail!