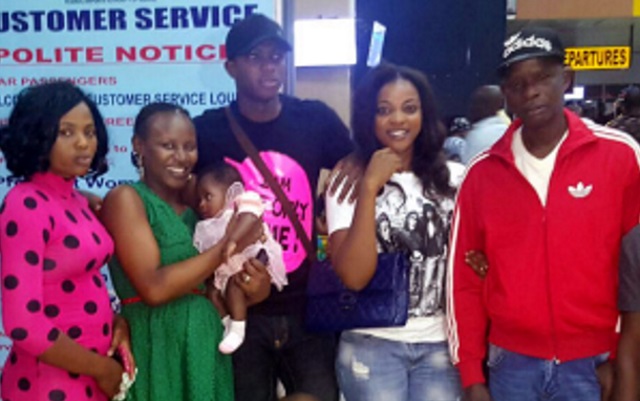 Nigerian wonderkid Victor Osimhen appears to have decided that he will move to Wolfsburg, despite entertaining the prospect of a move to Arsenal earlier in the month.

According to Goal, the starlet left Murtala Muhammed International Airport in Lagos on Monday on a Lufthansa flight, accompanied by his father, in order to fly to Germany, with the website noting that the attacker was on the brink of completing a move to Bundesliga side Wolfsburg.

Goal [as above] expect the teenager to sign a contract this week, once his legal representatives have examined the document.

The news would appear to confirm that Osimhen has finally made up his mind about whether he switches to the Bundesliga or Arsenal, with the youngster having entertained the prospect of moving to the north London side earlier in the month.

Speaking at the Caf awards ceremony in Lagos after having been named African Young Player of the Year, the teenager admitted that he would sign for either Wolfsburg or the Gunners.

“If I don’t sign for Wolfsburg, then I will sign for Arsenal. Already I have seen Wolfsburg and their plans. I think their plans are good for me, but if Arsenal come, then it will be a 40 per cent chance,” he began, as reported by SuperSport.

“I am happy with this award because it is taking me to greatness. I believe I am ready for greatness.”

Osimhen shot to prominence earlier in 2015 after top scoring at the U-17 World Cup in Chile en route to securing the title with Nigeria.

His 10-goal haul meant that Osimhen broke Florent Sinama Pongolle’s long-standing goalscoring record in the tournament, which had stood since 2001.