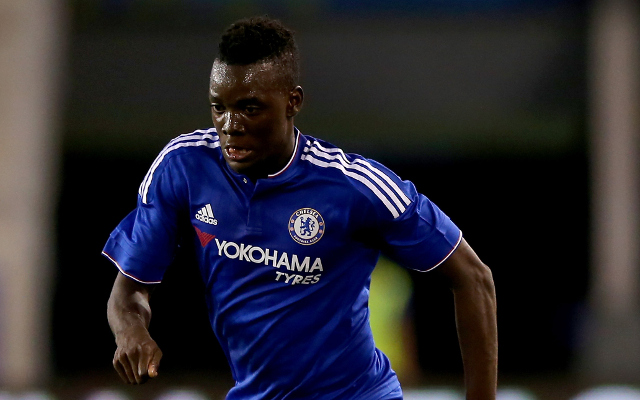 Chelsea could face possible sanctions from FIFA over the deal that saw them bring youngster Bertrand Traore on board, according to the Daily Telegraph.

It has emerged that the Burkina Faso starlet featured for Chelsea Under-18s when aged just 16, which is apparently a breach of FIFA regulations that prohibit the international transfer of a minor (under-18) (via Telegraph).

Spanish pair Real Madrid and Atletico Madrid were both hit with transfer bans earlier this month for similar offences, that Chelsea are insisting that they have acted in accordance with the rules.

The Blues are claiming that they have come to an ‘option agreement’ with the Football Association that states Traore was allowed to feature in non-competitive games for the club before his 18th birthday in January 2014.

Traoré played in an under-18s match against Arsenal at the Emirates Stadium on Oct 23, 2011, and was 16 at the time, though Chelsea are insisting that it was a non-competitive fixture.

“Bertrand Traoré was registered by Chelsea FC in January 2014 in compliance with FA and Premier League Rules. Prior to that date, he was party to an option agreement, which enabled the club to acquire his registration in January 2014. The option agreement was registered with, and approved by, both the FA and the Premier League,” a Chelsea spokesman said.

FIFA are yet to confirm whether the Blues will come under investigation.