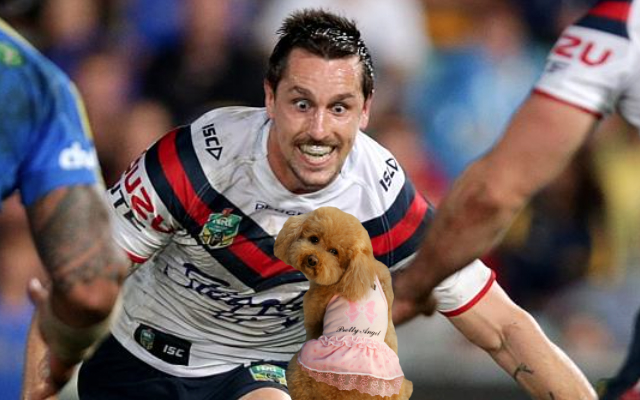 We’ve all got our vices. And it seems as though Mitchell Pearce’s is f*cking dogs.

Of course that’s not true, but you could easily be led to believe that, having seen the seriousness with which his drunken antics have been reported.

The Sydney Roosters star got hammered and acted stupidly.

He was clearly foolish to simulate giving one to the canine in question, but surely pissing all over his pants and his host’s living room was the more serious crime here.

If you have not yet seen the video, check it out now with an open mind.

Honestly, if this is the worst thing you’ve ever seen a pissed-up bloke do, you must be one of Steve Davis’s mates.

Give the man a good breakfast. Rap him with a modest fine and move on.

Let’s not get the animal rights activists involved!

The dog looked pretty grateful for the attention…