The midfielder converted the crucial spot kick in Liverpool’s 6-5 shootout victory, after the aggregate score had ended 1-1, to book the Reds a Wembley date next month.

But while most of his teammates were charging from the halfway line to mob the Welshman, defender Mamadou Sakho seemed to be preoccupied with something else.

Check out this picture uploaded by Roberto Firmino – third from the right – to his official Instagram account today. Is Sakho ducking to avoid a low-flying bird? 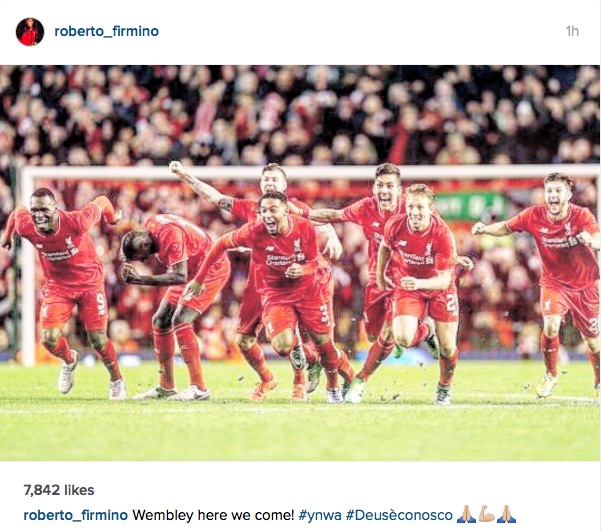 Or has he just taken a shot to the face by a flying arm of Alberto Moreno or Christian Benteke? Or is the Frenchman about to bust out some serious dad dancing?

Wait, I’ve got it. He’s on the way down to clutch his hamstring.