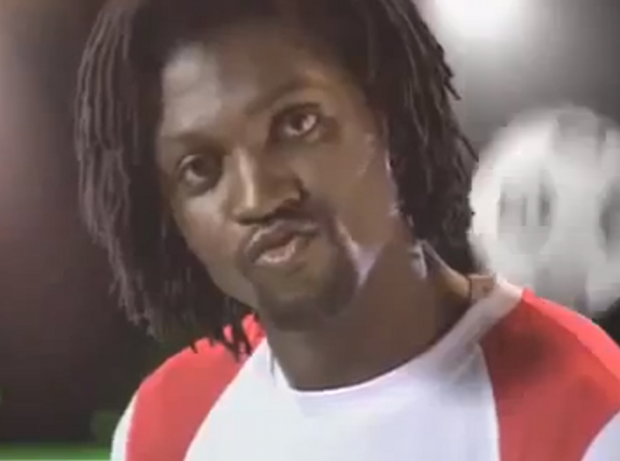 Crystal Palace new boy Emmanuel Adebayor has already insulted his new employers by admitting he knows nothing about his new club.

The Togo frontman had been without a club since December when he was released from his contract with Tottenham Hotspur following a period of inactivity.

The striker remains a tantalising prospect in the Premier League, with all the raw materials—and experience—to be a key operator in the top flight, even if he carries undisputed baggage.

It was Alan Pardew and Crystal Palace who ultimately took the plunge on the forward, signing him until the end of the season.

However, the former Newcastle United coach has received an early sign of the kind of problems that Ade might cause following the striker’s odd introductory interview on the Palace website [as per the Mirror].

“I don’t know much about the club but it’s better to learn, so I’ll be going on Google and finding out more about them,” the ex-Tottenham Hotspur, Arsenal and Manchester City forward admitted.

“Whatever the team want to achieve I will follow them. I want to help them win games and that’s what I’m here for.

“They’re not far from the top five and that’ll be difficult to reach as there are a lot of big games to play, but let’s get out there, have fun and enjoy ourselves.”