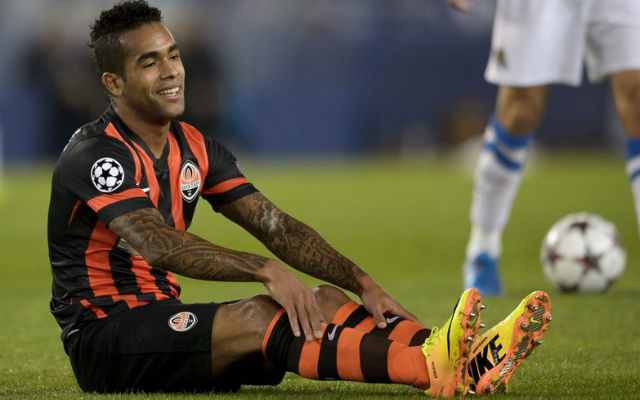 Potential Liverpool new boy Alex Teixeira has named Philippe Coutinho as the Reds player he’s most looking forward to playing with, should he complete a move to Anfield.

The future of the Shakhtar Donetsk forward has become one of the most pressing issues in the ongoing January transfer window.

Liverpool have already had one offer for the player rejected, but while the Ukrainian heavyweights were not willing to entertain the Reds’ £24.6 million bid, they are understood to be willing to sell the player for a £37.6 million fee.

However, Liverpool would be willing to up their offer to £30 million, it remains to be seen whether they or Shakhtar will ultimately agree to the other’s demands.

Speaking to NBC 6 [as per the Mirror], the player confirmed he’s keen to move to Anfield, and also revealed the player he’s most excited about playing alongside should he seal a move to Merseyside.

“I have played with Coutinho since we were 10 year old. It would be a lot of fun to play with him again,” Teixeira said, as per the Mirror.

“The way I play is always looking to score, and I could definitely add an attacking threat.

“For me the Premier League is the best in the world. I believe in myself and feel that it would be the best move for my career – I think I’ve reached an age at 26 where I’m really looking to break into the Brazil team.

“But now is up to the club president and I can only hope. I don’t know what else to say.”