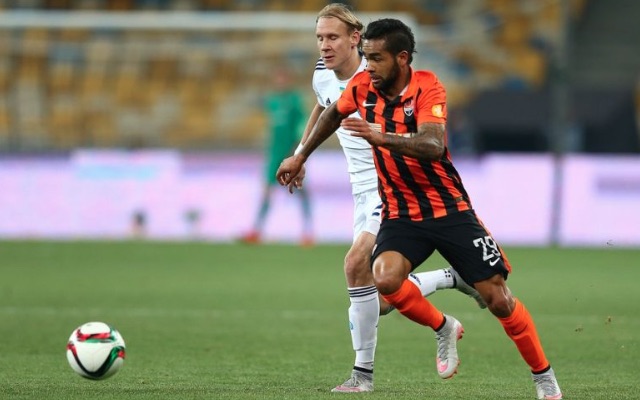 Shakhtar Donetsk forward Alex Teixeira has pleaded with his current employers to be allowed to leave the club and sign for Liverpool.

The attacker has been heavily linked with a switch to Anfield since the beginning of the year, and the Mirror reported earlier in January that Liverpool were willing to offer a £30 million ‘compromise’ deal with the Ukrainian giants to sign the player.

According to the tabloid, the Reds have already had a £24.6 million offer for the player rejected, and despite willing to improve their bid, their valuation remains some way away from Shakhtar’s valuation of £37.6 million.

It remains to be seen whether the Eastern Europeans will lower their asking price, or whether the Merseyside heavyweights will improve their offer.

Speaking to Four Four Two, the club’s manager Mircea Lucescu has insisted that Shakhtar are right to hold out to such an eye-watering fee for the forward, who he’s tipped to have the potential to be better than Angel Di Maria.

However, speaking to NBC 6 in Florida [translation via the Mirror], in a video shared on social media by @AnfieldHQ, Teixeira himself has revealed his desire to move to Anfield and has pleaded with his current employers to allow him to leave for England.

“Yes, it’s correct I want to go there,” the player began, “it’s a huge club and so many great players have passed through there.

“But there has only been one offer of 32m Euros and Shakhtar rejected it. It is frustrating but the manager and club president decided against it so now I am just waiting, trying to be patient.

“I know my agent is still attempting everything possible to help me get to Liverpool. “The team received one official offer. It was rejected but I don’t know why because it was a great offer.”