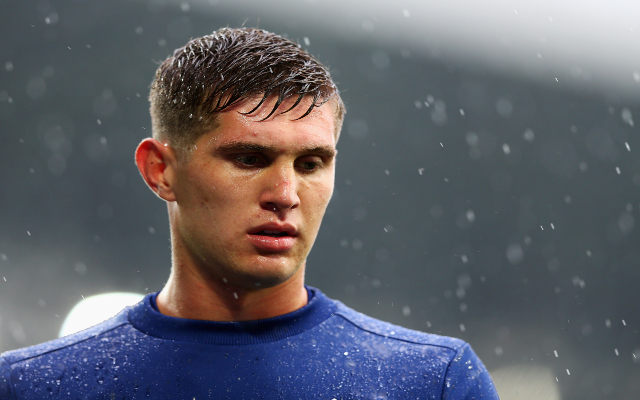 There’s been a lot of hype surrounding Everton defender John Stones recently as rumours persist of Chelsea’s interest in the player.

What started over the summer with a series of rejected big money bids has carried on into the new year with money high profile offers believed to be in the pipeline.

However, after witnessing the England international’s lacklustre display during the Capital One Cup semi-final against Manchester City on Wednesday night, many fans took to Twitter to express their delight at issuing out on the his signature.

Though it may just be a lapse in confidence, the 21-year-old is showing nothing of the form that has seen him linked with a £50m move to the capital, highlighted by his poor marking for Sergio Aguero’s header last night.

See the reaction below…

John Stones maybe good on the ball but his defending recently has been extremely poor.

Everton set to call up Chelsea after this and offer Stones plus 15 million for Miazga.

John Stones is showing things could've been even worse for Chelsea.

John Stones looks like he's in need of Van Gaal's management. That cavalier attitude would quickly be coached out of him.

You'd be a fool to pay £50 million for John Stones. Absolute garbage. Caused more trouble for his team than half the man city players

I would rather play Sharon Stone rather than John Stones.

Thank god we did not sign John Stones for £40m. Just another Ivanovic…

John Stones is undoubtedly going to be a world class player, but he needs to go. His head's gone and EFC need to cash in, replace & rebuild.