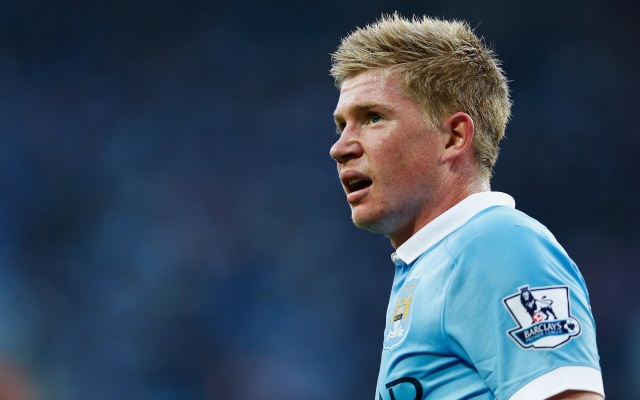 Kevin De Bruyne took to Twitter on Thursday evening to reveal the length of absence he’s set to face after being injured in action for Manchester City in midweek.

The Belgian international featured for the Citizens as they overcame a 2-1 deficit in the first leg of their Capital One Cup semi-final against Everton by beating the Toffees 3-1 at the Etihad Stadium.

Manuel Pellegrini’s side will now advance to face Liverpool in the final of the domestic cup competition, but their progression comes at a cost, with De Bruyne falling awkwardly during injury time, and appearing to be in some discomfort.

While the player’s agent told The Guardian on Thursday that the playmaker—who moved to the Etihad Stadium from Wolfsburg during the summer—would likely face six weeks out of action, the midfielder took to social media later in the day to inform Citizens fans of the bad news.

“Just got back from the specialist,” De Bruyne began, writing on his @DeBruyneKev handle. “I’ll be out for around 10 weeks.”

Just got back from the specialist. I’ll be out for around 10 weeks.

The news surely dents City’s hopes of reclaiming their Premier League title. Despite boasting a plethora of attacking talents, including the likes of Sergio Aguero, David Silva, Yaya Toure, Kelechi Iheanacho, Wilfried Bony and Raheem Sterling, De Bruyne has proved himself as a menacing creative presence since arriving in a £55 million move from the Bundesliga [fee via BBC Sport], and will surely be missed.