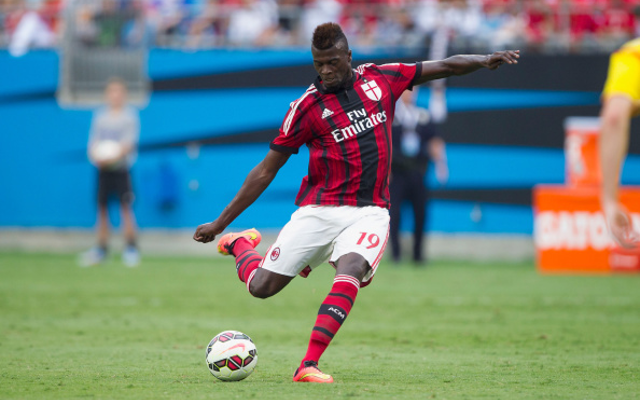 Leicester City have reportedly had an offer rejected by AC Milan for striker M’Baye Niang but will be expected to maintain their interest.

The Premier League leaders are looking to bolster their squad as they hope to continue to compete at the top of the table through the remainder of the campaign.

Claudio Ranieri has already missed out on Sampdoria striker Eder who appears set for a move to Inter, so in turn the Italian tactician has switched his focus to Niang.

According to Sky, Milan News and Tuttomercatoweb, the Rossoneri have rejected a bid worth €16m for the striker, with the payment made up of an immediate fee of €10m with another €6m in the summer depending on if Leicester make the Champions League.

It remains to be seen whether or not the Foxes go in with an improved bid to land their target, with Niang failing to live up to expectations at the San Siro this season.

While coach Sinisa Mihajlovic continues to show faith in the 21-year-old, he has been unable to add consistency to his game which in turn has seen him score just two goals in 10 Serie A appearances.

With Mario Balotelli returning from injury coupled with Luiz Adriano’s failed switch to China as well as the possible comeback of Jeremy Menez in the coming weeks, Milan could feel as though the time is right to sell the youngster.

However, Leicester will need to test their resolve with an improved offer if they are set on making Niang their primary target ahead of the transfer window deadline next week.