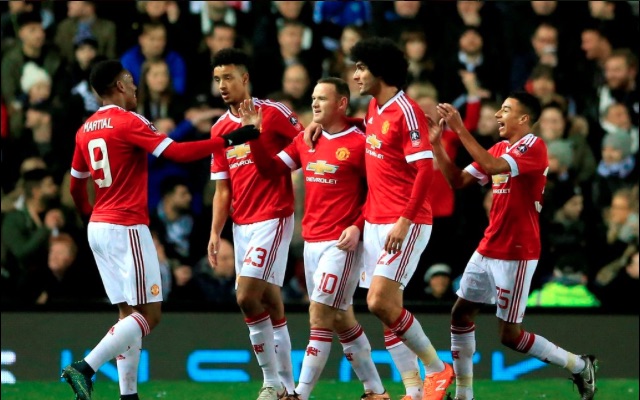 There have not been many highlights for Manchester United this season. This is one of them.

Wayne Rooney scored an outstanding opener to give the Red Devils a 16th-minute lead against Championship high-fliers Derby County in their FA Cup fourth-round tie this evening.

Continuing his recent renaissance, the visiting skipper got the benefit of a marginal offside call to cut into the left side of the area and bend a beautiful shot beyond Derby goalkeeper Scott Carson.

Rooney has shouldered much of the blame for United’s attacking failures this season, but seems to be on a one-man mission to make them more potent in spite of Louis van Gaal’s unadventurous tactics.

The England captain now has six goals in his last six games, including the vital penalty against Sheffield United which booked United this tie at the iPro Stadium. This is comfortably the pick of the bunch.