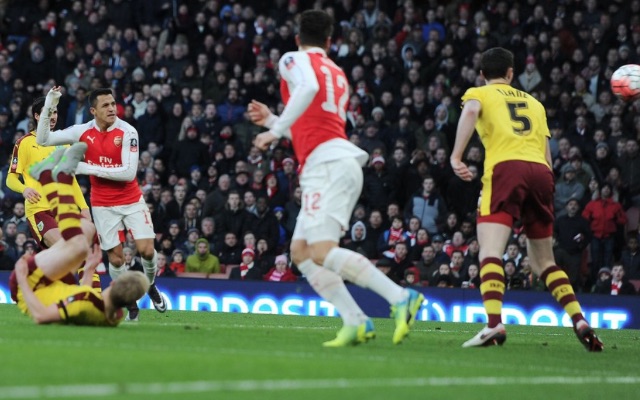 Alexis Sanchez has scored his first goal since November to put Arsenal back in front against Burnley.

The Gunners looked set for a comfortable afternoon when Calum Chambers fired them ahead in this FA Cup fourth round tie midway through the first half, but the Championship side swiftly levelled through a Sam Vokes header.

However, Arsenal returned to the driving seat eight minutes after the interval, as Alexis turned home a cross from Alex Oxlade-Chamberlain.

Alexis missed 10 games since picking up an injury in Arsenal’s 1-1 draw at Norwich City on November 29.

He returned as a sub in last weekend’s 1-0 home loss to Chelsea, but today was his first start since he regained full fitness.

This goal was Arsenal 50th at their ‘new’ stadium.