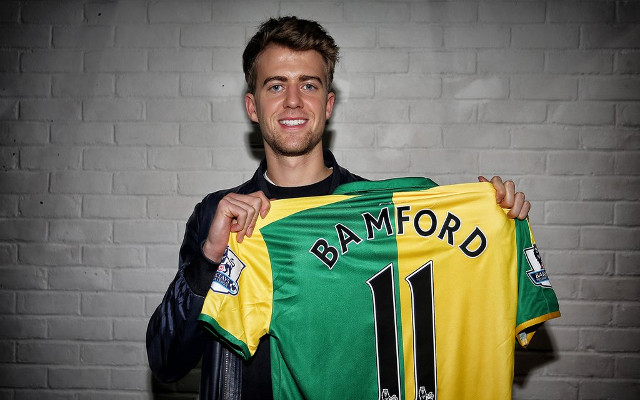 Chelsea were delighted to welcome Patrick Bamford back earlier this month from a loan spell at Crystal Palace – so delighted that they were nice enough to loan him out again for the rest of the season to Norwich City.

According to the Norwich City FC official website and Twitter account, the Canaries have acquire the 22-year-old forward on a loan deal through the rest of the 2015-16 season.

The Blues already have nearly three dozen players out on loan spells this season, so the fact that they’re adding one more to their list of contracted players developing away from Stamford Bridge shouldn’t come as a huge surprise.

This past week Chelsea made some fairly significant player moves – loaning out Ramires to Jiangsu Suning, Charly Musonda to Real Betis and Christian Atsu to Malaga. Meanwhile, they acquired Alexandre Pato from Corinthians on a loan deal and Matt Miazga from the New York Red Bulls on a permanent deal.