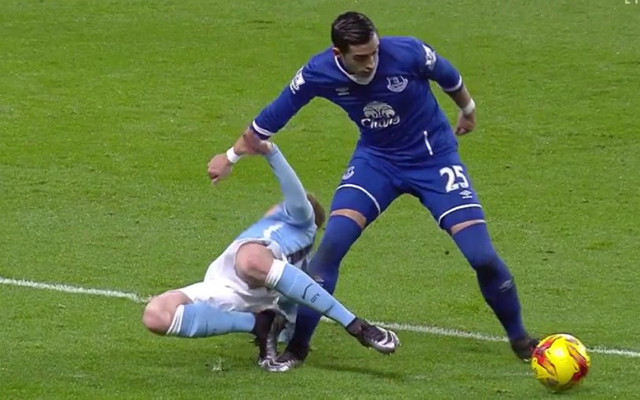 Manchester City coach Manuel Pellegrini has urged his squad to rally round and cover for the injured Kevin De Bruyne.

The Belgian playmaker was injured in City’s Capital One Cup semi-final second leg victory over Everton in midweek. While the Sky Blues came away with a home triumph, setting up a final showdown against Jurgen Klopp’s Liverpool, their win came at a cost.

De Bruyne took to Twitter on Thursday to confirm that he will be absent for 10 weeks after picking up an injury which threatens to derail the Citizens’ title tilt.

In light of the big-money summer signing’s injury, and ahead of the Sky Blues’ FA Cup bout with Aston Villa on Saturday, Pellegrini has urged some of his other creative talents to rally round and cover for the absent De Bruyne.

“Raheem, Jesus and David will have more responsibility knowing that Kevin is not here.

“It’s impossible to have 25 Kevin De Bruynes in the squad, but I answer the same for when we couldn’t play with Sergio Aguero.

“You have some players that are impossible to replace because they are top players, but we did it.

“That is why we’re involved in all the competitions and three points from the leaders of the Premier League.

“Now we have to replace Kevin. As a team we must find a way to replace him. I think the rest of the squad must have the responsibility to replace a very difficult player to replace.

“But I never tried to find an excuse and complain about those things because they are part of the game.”

While Pellegrini appears optimistic that his star men can rally round and cover De Bruyne, his side have been far from successful in their attempts to cover for skipper Vincent Kompany in the defender’s absence.

City fans will be desperate for their side to compensate for De Bruyne’s absence much more successfully than they have managed with Kompany.