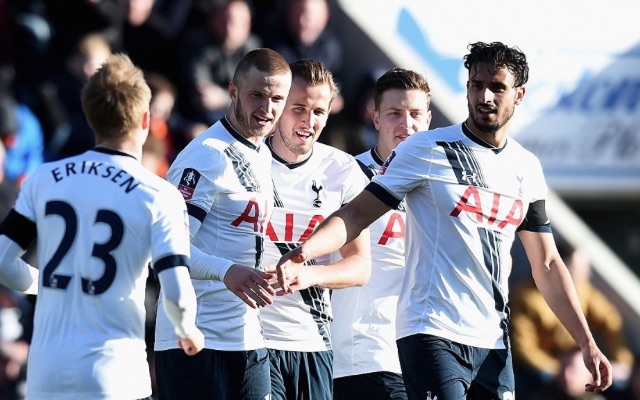 With 63 places between them in the English league pyramid, Colchester United vs Tottenham Hotspur in the FA Cup fourth round was always going to be a mismatch.

Colchester needed luck to be on their side, but, instead, fortune favoured Spurs.

Tottenham’s first goal was a thing of real beauty, as Nacer Chadli curled home from long range to break the deadlock inside the first half-hour.

However, Tottenham’s second, which came on 64 minutes was pretty ugly.

Eric Dier – playing at centre-back alongside Kevin Wimmer – strode forward from defence before unleashing a powerful shot, which found the net via a colossal deflection off Matthew Briggs.

Dier’s long-range effort did look to be on target, but he was clearly aiming for the opposite side of Jake Kean’s goal.

Chadli scored his second of the day on 79 minutes. This goal – like Dier’s – was deflected too.

Colchester pulled one back instantly when Ben Davies put through his own net, but Tom Carroll swiftly restored Tottenham’s three-goal advantage.

Carroll’s goal was not lucky. It was the product of a fine Chadli assist.

Spurs, who ran out as 4-1 winners, thoroughly deserved their victory, but goals two and three – which killed off Colchester’s hopes of staging a comeback – were gifts from above!