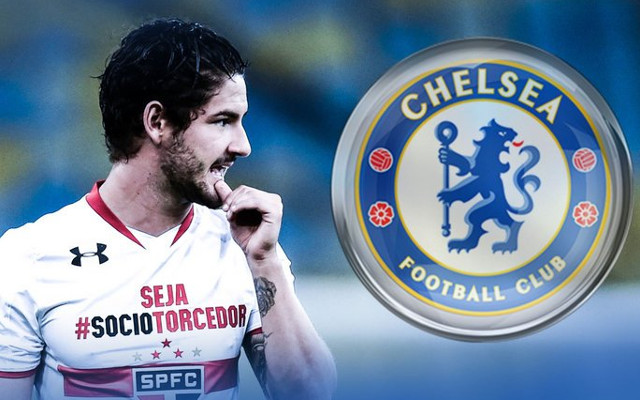 David Beckham has taken the time to write on Alexandre Pato‘s Instagram account to warn Chelsea fans to get prepared for the Brazil striker’s arrival.

The former England captain—writing on his @DavidBeckham handle—has identified Pato as one of the ‘most exciting players’ he’s ever played with.

The Blues completed the signing of the former AC Milan striker on Friday, bringing the forward to Stamford Bridge on loan from Corinthians until the end of the season.

Speaking to the club’s official website after completing his move, Pato described the transfer as a ‘dream’ and expressed his hope to repay fans and the club for their faith.

Pato took to Instagram on Saturday afternoon to post a photo of him presumably at his first training session alongside the likes of John Obi Mikel, Gary Cahill and Branislav Ivanovic.

Intriguingly, commenting on the photograph, Beckham took a moment to praise Pato.

“Be ready Chelsea fans,” Beckham began, “believe me, this boy is a player…

“One of the most exciting players I’ve played with.”

The two men played together briefly at AC Milan in 2009 and 2010, with Beckham twice moving to the Lombardy giants on loan during Pato’s five-year stay with the Rossoneri.