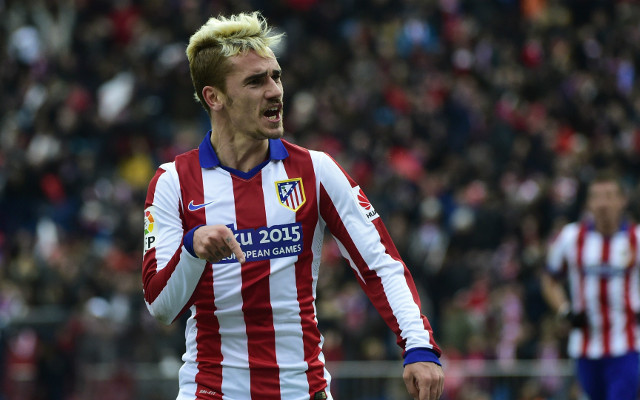 Regardless of whether Eden Hazard ends his goal-scoring drought in the next few days/weeks/months and returns to his 2014-15 form, it may be hard for Chelsea to keep him amidst interest from European giants like Real Madrid and Paris Saint-Germain. With that in mind, Chelsea have apparently identified their replacement for the former Premier League MVP in Atletico Madrid superstar Antoine Griezmann.

According to the Daily Mail, Chelsea are lining up a move for Griezmann in the event that they lose Eden Hazard. Per the source, Griezmann has a buyout clause worth a team-record £60 million.

Griezmann has started every game for Atletico in La Liga and the Champions League this season, and has 19 goals in all competitions.

It was not explicitly stated in the report whether Chelsea are actively shopping Hazard, who signed a five-year contract extension with the club last year.

Hazard has made 26 appearances in all competitions for Chelsea this season, but has zero goals and just three assists to show for it.