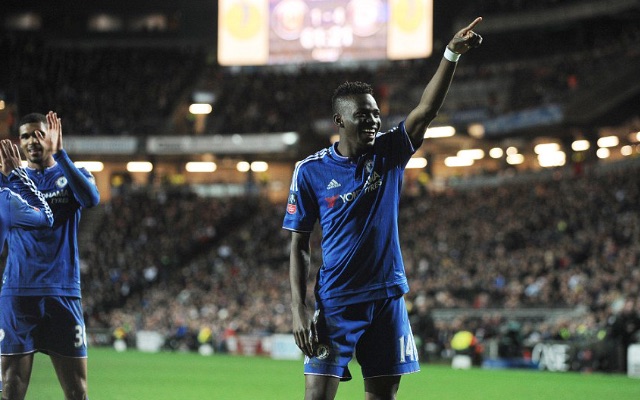 It has long been a criticism of Chelsea that they have failed to bring through young players since the arrival of Roman Abramovich and his millions.

Step forward Bertrand Traore, who has made a case to be a star of the future with his maiden Blues strike in the FA Cup against MK Dons this afternoon.

The 18-year-old, making his fifth appearance for the first team, scored within five minutes of coming on a substitute with this smart left-footed finish.

The Burkina Faso attacker’s effort made it 5-1 to Chelsea, after Oscar’s hat-trick and Eden Hazard’s penalty had emphatically cancelled out Darren Potter’s deflected goal.

Traore joined Chelsea in 2010 and had several seasons out on loan while the club tried to obtain a work permit for him, including a 13-goal campaign at Vitesse Arnhem.

Blues fans will hope that this is just the first of many goals from the teenager in Chelsea colours, and that other young talents will follow him into the first-team picture soon.