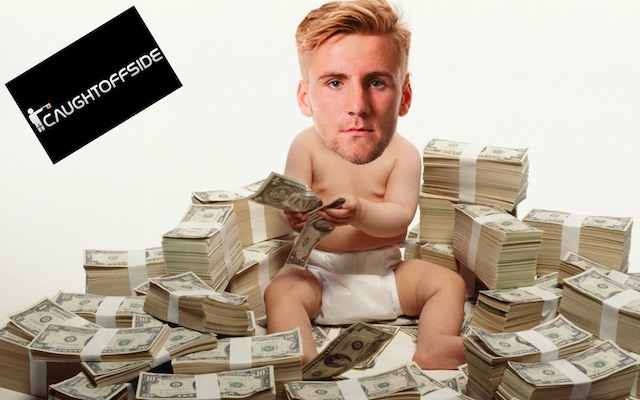 Manchester United are only fifth in the Premier League table right now, but let it never be said that the Red Devils are not planning big things for the future.

French striker Anthony Martial was recruited from AS Monaco for a whopping £36m last summer, according to Sky Sports, who claim that the deal made him the most expensive teenager in football history.

England left-back Luke Shaw was second on Sky’s list of soccer’s big-money teens, having cost £31m when he arrived from Southampton in 2014.

Martial and Shaw are both 20 now, but the young United pair remain no.1 and no.2 in the teenage transfer record books.

However, Shaw could soon have to share second place because The Sun are reporting that United have lodged a £31m bid for 18-year-old Benfica midfielder Renato Sanches.

The Sun add that Sanches has been dubbed ‘the new Ronaldinho’ and that he has a buyout clause in his contract worth £60m.

Sanches has scored twice in 12 Portuguese Liga games this season. His all-time record for Portugal’s U21 side is slightly better – three goals in 12 international outings.