According to reports, Manchester United could be set to lose experienced midfielder Michael Carrick this summer. 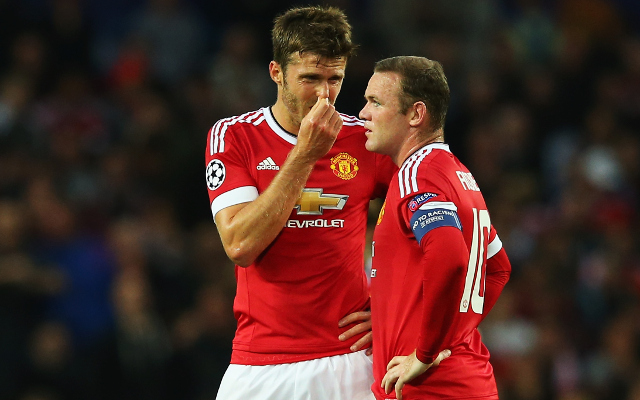 The tabloid note that the midfielder comes to the end of his current deal in five months, and that he has no shortage of admirers, with sides in the Premier League and further afield considering an attempt to coax the England international away from Old Trafford.

As he approaches the end of his deal, the 34-year-old is able to talk to other clubs and negotiate a new deal, but he is understood to be prepared to consider all of his options before making his final selection.

The tabloid acknowledge that Carrick is unlikely to opt to move to one of United’s rivals, with the midfielder still retaining an ‘affinity’ with the troubled Red Devils, although the The Sun note that Newcastle United and Paris Saint-Germain were both keen on the midfielder during the summer, and that teams in Major League Soccer are also likely to be keeping a close eye on the former West Ham United and Tottenham Hotspur star over the coming months.

Carrick has won five Premier League titles with United, and also lifted the Champions League in 2008.