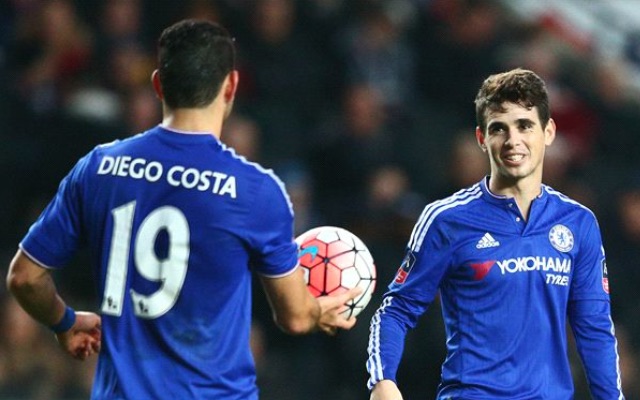 It was only a few weeks ago that Diego Costa and Oscar were butting heads in a training ground bust-up, as the Daily Mail reports, but the Chelsea pair are clearly back on the same page now.

Spain international striker has scored six times in his last six games and could have easily gone for goal himself, but decided to supply Oscar with what was an overdue strike for the Blues.

It came after only 15 minutes at Stadium MK, but Guus Hiddink’s side had already spurned a handful of chances to take the lead against a Championship side who were wide-open in defence.

Karl Robinson’s boys could have been five down when they got a slice of luck to equalise through Darren Potter’s deflected shot, but Chelsea retook the lead through Oscar’s second goal on 32 minutes.