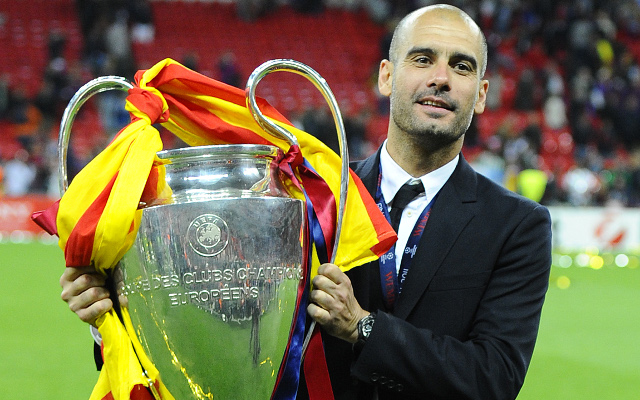 No contract has been signed as far as we know, but it appears that the war for Bayern Munich manager Pep Guardiola will result in yet another win for Manchester City. Apparently, the Citizens have already begun making plans to introduce Guardiola as their new manager this coming summer.

According to the Mirror, Man City plan to announce Guardiola as the club’s new manager during a pre-season tour of China in the summer of 2016. Per the source, Man City will be going on tour in China this summer as part of a massive deal with China Media Capital that will give the company approximately 13% ownership in the team.

The move for Guardiola – a popular football figure in China – is apparently part of an attempt by the new ownership group to make Manchester City one of the most popular football clubs in the world in a nation with over 1.3 billion people.

Guardiola has won 19 trophies in stints with Barcelona and Bayern Munich, winning league titles in five of his six seasons as manager.