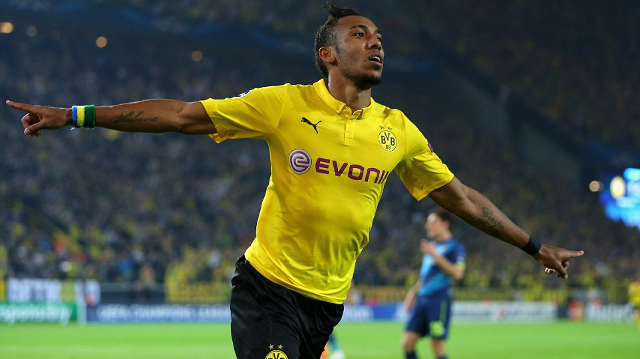 Borussia Dortmund striker Pierre-Emerick Aubameyang has scored 20 goals in 19 Bundesliga matches this season. Amidst transfer interest from Arsenal and Liverpool, Aubameyang plans to snub a move outside of Germany in an attempt to make history and break a seemingly insurmountable record.

According to the Daily Star, the Gabon megastar has his eyes set on breaking Bayern Munich legend Gerd Muller’s record of 40 goals in a single season in Bundesliga, which was set in 1972. He said in an interview with Ruhr Nachrichten that you never know what can happen in football and has his eyes set on Muller’s legendary mark – needing just 20 more to tie the mark.

“That’s a lot, but in football you never know.”

The 26-year-old striker has already set new personal records for goals scored in league and total competitions, and was voted African Player of the Year in 2015.

Borussia Dortmund are five points below Bundesliga leader Bayern Munich this season, but Aubameyang seems on the fast-track to winning the league’s top goalscorer this year as his 20 goals are three ahead of Bayern Munich scoring machine Robert Lewandowski.