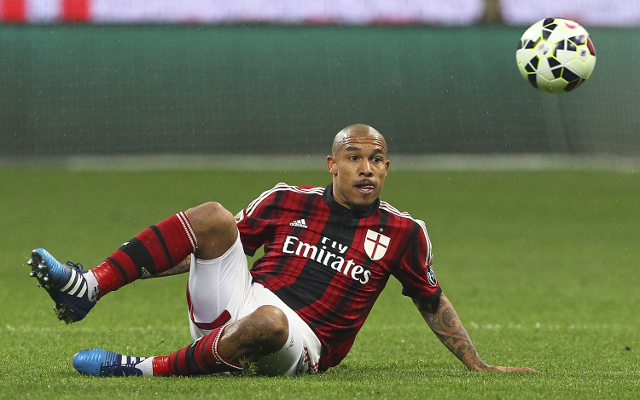 The Dutchman won a Premier League title and an FA Cup during his spell with Manchester City, but given the Rossoneri’s continued struggle in recent years, he has been unable to replicate that success in Italy.

With his first-team opportunities limited this season with coach Sinisa Mihajlovic preferring the likes of Riccardo Montolivo, Andrea Bertolacci and Juraj Kucka in central midfield, it has led to speculation that De Jong has been considering his options ahead of the transfer deadline.

It appears as though that decision has been made, with the LA Times reporting that a deal had been struck and that an official announcement was a mere formality.

De Jong joins in the same week that the franchise has signed Ashley Cole and Jelle Van Damme, with the midfield enforcer agreeing a release from his contract with two-and-a-half years remaining with Milan.

All three players are expected to report for pre-season training in California next week, with De Jong seen as an ideal acquisition given Galaxy’s defensive troubles last season.

Steven Gerrard discussed the need to improve in that area after the signing of Cole, and the Liverpool legend will undoubtedly be delighted to have a competitor like De Jong join him in LA as the franchise now looks to build and enjoy further success in the coming months and years.