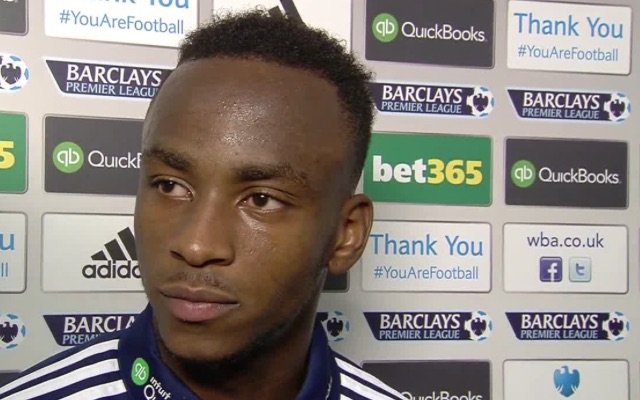 Newcastle United have already spent £30m this month in signing Jonjo Shelvey, Henri Saivet and Andros Townsend, according to the Sunday Times.

The same newspaper claims that the Magpies are now prepared to break their transfer record by offering £24m for West Bromwich Albion striker Saido Berahino.

Newcastle’s official club website lists the £16m purchase of Michael Owen in 2005 as their most expensive signing to date.

Owen was 25 years old when he moved to Tyneside from Real Madrid. Berahino is just 22 and his profile is much lower than Owen’s was.

While Owen was already an established England starter, Berahino has yet to represent the Three Lions at senior level. The Baggies frontman has an impressive international U21 scoring record, though – 10 goals in 11 appearances.

Berahino’s club form has been far from spectacular this season. He netted twice in Saturday’s 2-2 draw with Peterborough in the FA Cup, but he has only bagged four times in 18 Premier League games.

Despite his modest recent record, Tottenham Hotspur remain keen on bringing Berahino to White Hart Lane, according to The Mirror, who claim the London club are going to make one final bid.

The tabloid also claims that Spurs and West Brom agreed a £22m transfer fee way back in the summer, but a deal could not be completed because the two clubs were unable to agree on the structure of the payments.

SEE MORE: Six Premier League managers who would be decent craic down the boozer… And the 14 we’d send to voicemail!