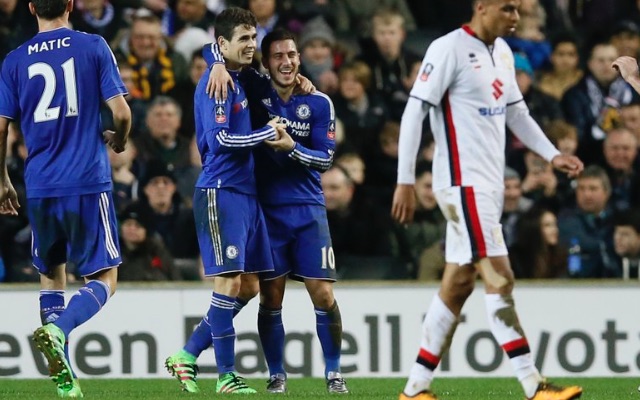 Eden Hazard had gone 31 Chelsea games – 273 days – without scoring for the Blues before today’s trip to Championship strugglers MK Dons.

But the wait is over!

Although the penalty award was questionable (was he really fouled?), Hazard converted emphatically to put his side 4-1 up in the 55th minute.

A first-half Oscar hat-trick had earlier given Chelsea total control of the FA Cup fourth round tie.