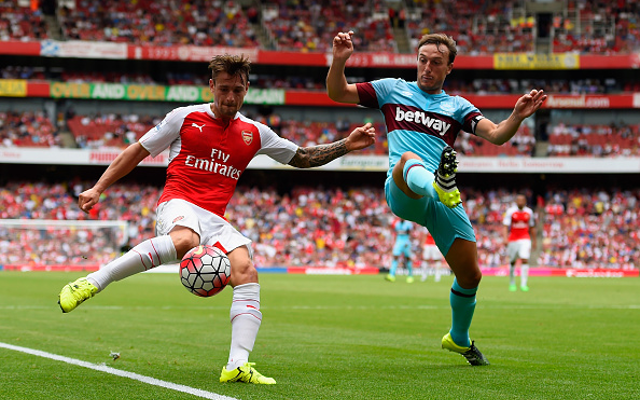 Arsenal defender Mathieu Debuchy looks set to have turned his nose up at staying in the Premier League on a short term loan deal by heading for a medical with French side Bordeaux, according to the Daily Star.

The 30-year-old has been on the verge of an exit from the Emirates since November, and had been tipped to join Aston Villa until the end of the season.

Sunderland had also registered an interest, while reports of a move by Manchester United had been mooted on Monday morning, though that suggestion was quickly dismissed.

And it now seems that all interested parties from the Premier League will now miss out as he is said to be flying out to Bordeaux for a medical to make his way back to his homeland until the summer.

Debuchy is keen to make an impression on France coach Didier Deschamps ahead of the Euros in June, and believes being centred closer to the home base will help him achieve his objective.