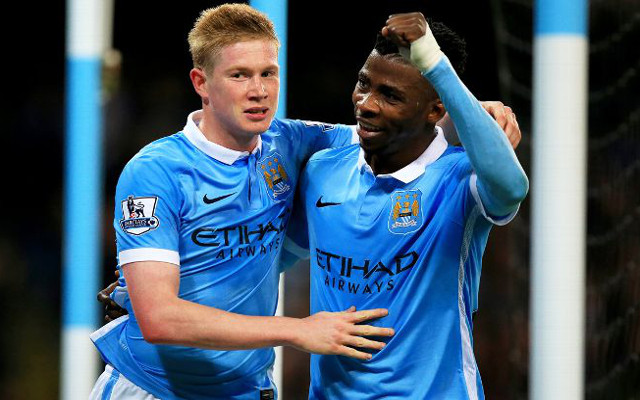 Following last week’s devastating injury to Kevin De Bruyne that will sideline the Manchester City superstar for several months, Manuel Pellegrini announced that he would be adding FA Cup hero Kelechi Iheanacho to the club’s Champions League squad when they take on Dynamo Kyiv at the end of the month.

In a Monday press conference transcribed on the Man City Twitter page, Pellegrini announced that the club needs Kelechi due to the injuries to De Bruyne as well as to backup striker Wilfried Bony and attacking midfielder Samir Nasri. As a result, Kelechi will be added to the Champions League lineup at the end of the month.

PELLEGRINI: “Kelechi will be in the UCL squad. I told Nasri I would take him out as he needs two months more to be fit.” #safcvcity #mcfc

PELLEGRINI: “We need Kelechi now as Bony is injured too. We couldn’t take the risk to go into the last 16 game with just Kun.” #mcfc

PELLEGRINI: “It’s important to bring young players into the team but they must be good players so that we continue to compete.” #mcfc

Kelechi recorded a hat-trick against Aston Villa in the Fourth-Round of the FA Cup on Saturday en route to a 4-1 victory against the reigning Cup runner-ups. The 19-year-old Nigerian has eight goals in 16 appearances in all competitions this season but has never played a minute in the Champions League.

Several days prior, Kevin De Bruyne suffered a knee ligament injury against Everton in the League Cup semi-finals. The injury is expected to sideline the Belgian superstar for about 10 weeks.