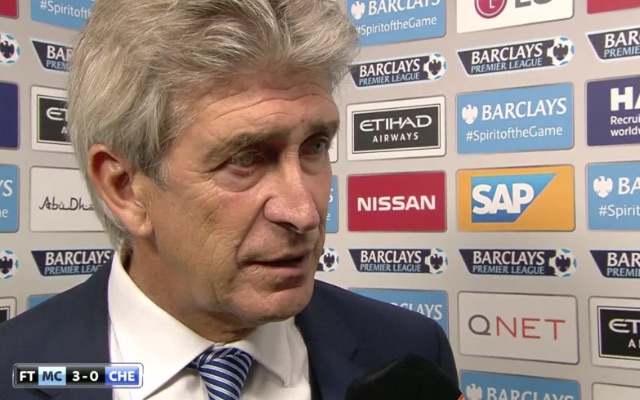 Manchester City manager Manuel Pellegrini today confirmed that he will be leaving the Etihad Stadium this summer.

It was then announced by the club that Pep Guardiola will replace the Chilean in the City hot-seat.

And now bookmakers skyBET have made things even more interesting by installing Pellegrini as the 2/1 favourite to be in charge of Chelsea when the 2016-17 season begins in August.

Interim Chelsea boss Guus Hiddink is only given a 20-1 chance of keeping his job on a full-time basis, while former Liverpool chief Brendan Rodgers is seen as a slightly more realistic possibility – at 18-1.

Club captain John Terry, who said yesterday that he will not be given a new contract at the end of the season, is priced at 25-1.