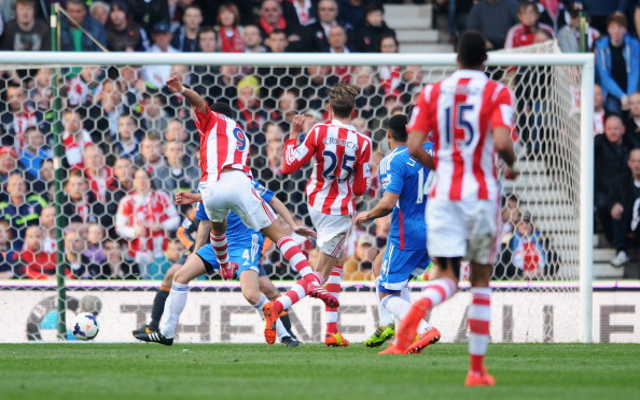 According to reports, Peter Odemwingie is set to leave Stoke City on deadline day for a move to Olympique de Marseille.

Numerous Nigerian players have moved to the Premier League during the transfer window, with Kelechi Nwakali, Samuel Chukwueze and Emmanuel Emenike all moving to England, and Ahmed Musa and Ogenyi Onazi also linked with a switch to the EPL.

However, one of the nation’s stars could be set for a departure from the top flight, with Stoke’s Odemwingie tipped for a move away.

According to L’Equipe, Stoke are in contact with the Marseille, with the French giants keen to recruit the forward on a six-month loan deal.

While La Provence [as per Le 10 Sport] noted that the forward is not a priority for OM, Sky Sports are understood to have noted—again via the French source—that the attacker will be passing his Marseille medical on Monday afternoon.

Odemwingie—who previously represented LOSC Lille in French football—will be called upon to provide competition for Michy Batshuayi, who has been linked with a move away from Ligue1, with Tottenham Hotspur and Chelsea both keen on the Belgian.