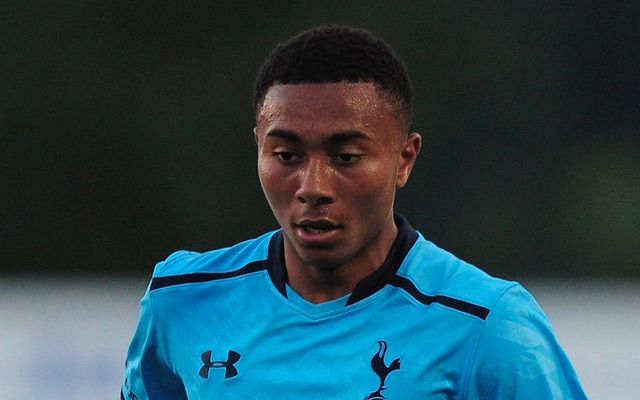 Hurrah! Tottenham Hotspur have made a deadline-day signing.

Ward, who is yet to make his senior debut but has impressed on loan at Chicago Fire and Coventry City, will stay at Spurs until 2018, but will spend the rest of this season at Rotherham United.

.@GrantWard_ has signed a new contract until 2018. His loan at Rotherham is extended until the end of the season. pic.twitter.com/mO0yQWFM6p

The midfielder will return to Tottenham in the summer and try to force his way into Mauricio Pochettino’s first team. The Argentine loves giving kids a chance and obviously likes the look of Ward.

Tottenham fans may be pleased to see another one of their promising youngsters commit to the club, but they would have had much bigger hopes for the final day of the January transfer window.

Understandably, there was an expectation that Daniel Levy would dig into his pocket and sign a forward as support and cover for the overworked Harry Kane. But, alas, it seems not.

With less than four hours to go before the deadline, time is running out on reported pursuits of long-term target Berahino of West Bromwich Albion, and Fulham youngster Dembele.